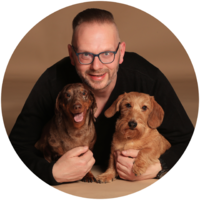 For more than two decades I have been writing everything I personaly enjoy and believe so do my readers. I have several books, short stories, feuilletons, but also plays and TV scripts, countless articles for various media. For twenty two years I have worked and artistically worked on projects unique in the world, Křižík's Fountain in Prague. There I participated in successful musical projects as the author of lyrics and librettos, alternately in marketing and as a press spokesman, but also as an actor in some performances.

Part of my professional life revolved around theatre, musicals and film, but I also managed to gain experience in Czech and foreign marketing companies, where I created campaign designs, mobile applications, including functionality and design, graphic materials and presentations. In recent years, I have been writing and looking for topics as a journalist in the most widely read Czech daily newspaper and magazines named Blesk, where I focus mainly on Prague news, but also on cultural or travel articles, reviews and interviews with interesting people.

And what do I enjoy when I'm not writing? Dachshunds, world film and television production, reading books and listening to audiobooks and soundtracks, traveling (I prefer Madeira, Portugal, United Kingdom, the Nordic countries), I try to learn Norwegian and especially to find time for even more and more writing, because the stories are supposed to tell...